This Blog text was written by Morten Henrik Lerpold

The “Man and Technology” (Mennesket og Teknologien) Seminar was held during the Research days on the 30th of September 2021 at Notodden campus. It was organized by EMAL-digital members: Morten Henrik Lerpold, Lovise Søyland and Ingrid Holmboe Høibo.

In all times, humans have created different kinds of technology, and thus also had to adjust to, or in some way integrate with this technology. In this seminar we invited researchers to reflect on questions about the relationship we as humans have to our present technologies and what possibilities and challenges these have in our immediate future. The technologies we are now surrounded by is presently changing the nature of our being in the world at an ever-increasing pace, and humanity is trying to adjust to this “inhumanly” rapid change.

The approaches here are both the faith in the possibilities of technology and the fear of where it is leading us. Both faith (religious technology optimism) and its counterpart, the dystopian perspectives, touch on the old question about humans’ relationships between the body and (digital) machines. How are we to sense the difference between the human body from the body of technology?  Examples are taken from robotics, biotechnology, machine learning, artificial intelligence, algorithms, the use of screens and mobile telephones, etc)

In the Arts we may ask – what does this means for what we call aesthetics? What possibilities are opened, and closed for us regarding such technologies?  Examples discussed are the notion of re-awakening “old” technologies, so called media-archeology, or making new futures with, not the territorial individual body, but through new collective aesthetic technology?

The first speaker in the seminar was Einar Duenger Bøhn, Professor of Philosophy at University of Agder. Einar started up refreshingly by rewinding us 2000 years back in time – via etymology- towards the concepts of Techne, antique philosophy and especially Aristoteles. He showed us the constant importance of Greek thinking about technology through the concept of Techné: the practical knowledge that denotates the knowledge involved in the practice of skilful making. Aristoteles thinking about physics, the natural laws, the dynamics of materials forms and the concept of mimesis connects the Arts to the natural forms we find in nature. Einar also introduced us to the transition from the Antique Techné towards the Roman, more pragmatic, concepts the Arts, which again points us further towards the European re-foundation of the concept of Techné to Technique.

From the Greek antique concept of the Techné, and the Roman understanding of the Arts Einar goes towards the modern understanding of Technique and to what the Philosopher Heidegger calls Gestell. This is where the transition from the phenomena gets more global, and nature is now transformed into a standing resource for humans’ dominant wishes and needs, a determinizing force.

Further in this argumentation Bøhn showed examples from technology that is becoming an autonomous system that represent an irreversible force in our own age such as algorithms, machine learning, artificial intelligence, robotics, biotechnology, automatic systems. These systems may in some ways represents the rejection of tacit knowledge where embodied knowledge of concrete materials tools once had a place.

The values of such skills related knowledge was becoming underestimated and there was a degradation to be seen from the industrial period, towards the digital phase in which the knowledge of the Hand was declining. However, as a counter affect, renewed attention is now focused on the knowledge of the hand, and embodied knowledge of materials, as shown in the initiatives in new maker movements and a renewed interest in making activities that value the human agency and control over digital tools in the workshop.

The next speaker, Morten Henrik Lerpold (Lecturer in Art theory) was giving insights into new perspectives concerning the meaning of technology. Research has according to him moved from a historical perspective towards a broader evolutionary perspective. Lerpold holds that there are two phases in technology which is in focus here: Firstly, the industrial revolution that introduced machines that have dominated humanity by their geographical and territorial expansion, and their physical globalization of the body of the earth, through the automobile, the airplane, submarines, radio, telephones, tv etc. Secondly, the further transition towards the digital phase through the computer, internet, mobile phones.

This situation is in many ways a transition that has come to a critical point, in which the expansion of the system cannot expand into any new territory, since there are no geographical places left to expand to. It is also a phase transition from an acceleration in time – from what was sensible for the human body (relative movement) towards an absolute acceleration which is beyond human senses. The consequence of this, is that the digital regime now is turning inwards, towards each single isolated small scale of the territorial body.

As the last “resource” for an inner expansion for the immaterial digital condition is the human body and its emotional being, the senses, the nervous system. This is exemplified with what we call an attention economy, where the bodies own (life) time is captured by the absolute acceleration of technology and in which everything is then and now at the same time, without past or future, but reduced to the immediately, the shocking, overwhelming news and present.

A possibility to deal with this is either to go against this development, or to go within it, and to experiment with new aesthetic and ethic technology, to work out new technologies which can create shared possibilities such as unused  potentials in media archeology, as shown by artist Michal Rovner.

The evolution of technology is not just determined by the imperative of acceleration but may hide forgotten technologies. By combining art and craft, with new technologies which makes montages of material and digital components, we might create new more sensible knowledge for future generation.  As shown by the presentations of the maker movement by Ingrid Holmboe Høibo and Lovise Søylands research regarding the possibility of building bridges between the physical, the body and the virtual material sensibility.

The next speaker, doctoral candidate Ingrid Holmboe Høibo, gave a straightforward insight into the phenomena of the Maker movement. In the last years, a movement called the maker movement has developed, that has similarity with the Arts and Crafts movement that was a counterculture to the industrial revolution in the 1850´s. Also the maker movement shows care for materials through arts and craft practice and work with hybrid materials in open access workshops. Just as the Arts and Crafts movement, the maker movements relation towards the technological revolution is not a polarized, reactionary protest, but rather it wants to be an active player when the premises for digital development shall be considered in the public space, and a voice in the power attached to teaching and schools.

The next generation will be faced with accelerations of complex problems in society, then we need to have more ambitions for what digital competence can be than filling out ready-made solutions. Students and children have to get more possibilities towards creative  solutions in the meeting with digital technology. In this situation Arts and Crafts-education may play a more important role in the shaping the digital development. Its traditions in creative approaches, research and embodied knowing in material (tacit) knowledge may play a large role in this development.

In the next talk, Post-doctoral researcher Lovise Søyland guided us through her excellent doctoral thesis; Grasping materiality-Making sense through Explorative Touch interactions with materials and digital technology, that she defended in June this year. Lovise talked about how grasping and knowing in physical and virtual materiality is related. The ten last years there have been a rapid digitalization that has changed the general materiality in our society and education. In her lecture, Lovise told us about what may happen when our children and young move from physical materials towards virtual objects and touch technology and how physical material engagement bridges these experiences that they have in the virtual world.

A beautiful ending to the seminar was given to us by Professor of early childhood education, Kari Carlsen. She presented us to her last book: Reggio Emilia, Atelierkultur og utforskende pedagogikk (see also separate blog post about this). This wonderful pedagogical tradition and philosophy, give us insight into a, mainly Italian, tradition of a workshop- and crafts-oriented pedagogy, in which children learn about materials and making through collective learning and being together. This tradition is maybe the possibility to reconsider aesthetic knowledge and bridges between the material and digital age for children. 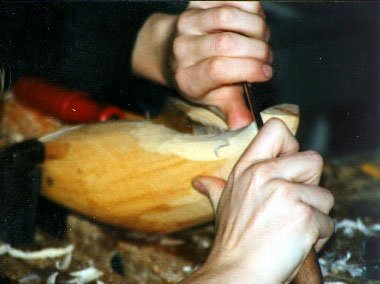 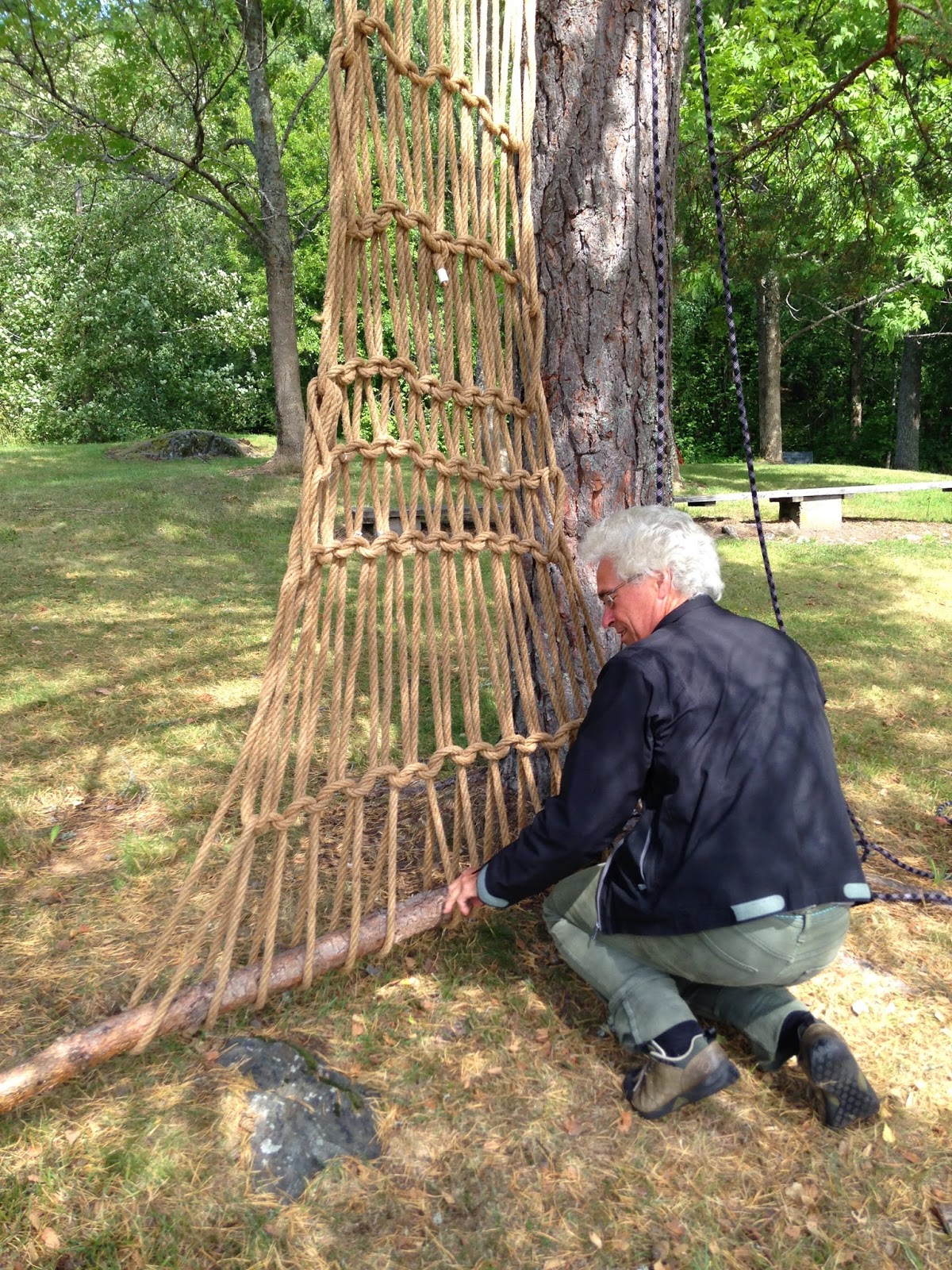 Performing, making and body-based intra-action in the concept of happy knitting

Theme session on Embodied Making and Learning at DRS-Conference, Brighton, 2016